Among popular pets raised by humankind, cats are preferred by their cuteness, friendliness and a bit stubbornness. When talking about one of the most popular cat breeds in the US, domestic shorthaired cats appear in the list of top. This breed comes in various fur colors, but black domestic shorthair cats seem to be the most favorable raised in households due to their demand for minimum care.

Black Domestic Shorthair Cats – What Do You Know About Them?

This domestic short-haired breed is categorized as one of the first domesticated wild felines to date. Although there is not enough evidence available to identify their exact origin, it is widely believed that shorthaired domestics hold the shorthaired African wildcat as their ancestor.

Dating back to centuries ago, when humankind started to growing and storing food, wild cats lived in the vicinity of settlers’ communities with the belief that humans would offer an abundant source of rodents that appeared in stored food supplies. Soon afterward, humans realized cats’ useful roles in helping to protect granaries from the ravages of rodents., and they accepted cats into their communities. 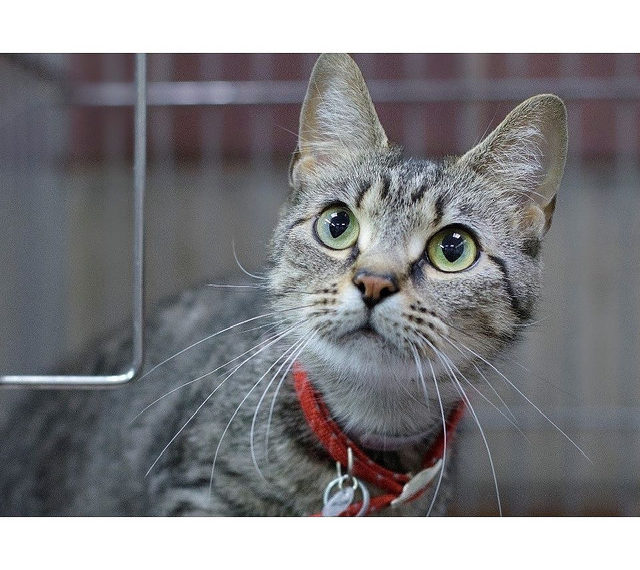 Around 4000 years ago, Egyptians cats became beloved household companions and even a holy manifestation of the goddess Bast. They were looked after carefully and saved from the risks of smuggling by the Egyptians.

However, along with the expansion of trade among countries, Egyptian cats were transported to Europe, Asia and then other areas all over the world. Finally, these felines were introduced into the American continent as domestic shorthair cats.

For the time being, they are often mistaken for American or British short-haired breeds. However, while the latter is recognized as the official breed by the Cat Fanciers’ Association (CFA), domestic shorthair cats are not due to its mixed ancestry.

In addition to white color, black is a common coat pattern of domestic shorthair cats.

Generally speaking, cats vary differently in weight, body type and size, but their average lifespan falls into the range of 15 and 20 years. This can be prolonged under the condition that cats are given proper care and diet.

They have easily distinguished from other breeds thanks to a short, dense coat. This also means they only need minimal grooming, which can be considered an advantage over others.

Cats may reveal small differences in their body type according to their inhabitants or regions. For example, those living in warm tropical climates tend to grow thinner hair and have slimmer bodies in comparison with those in colder areas with a dense coat and solid build.

In spite of being domesticated a long time ago, black domestic shorthair cats exhibit an inclination to track down preys. They tend to enjoy a few hours spent hunting on a daily basis, but not to satisfy the demand of eating for survival. So, stand ready to see them wandering outdoors and bring back home kind of “achievements” to show off their hunting skills.

Compared to pure breeds especially long-haired, felines of this type are friendlier and more sociable. On average, the natural breeding with hardly any human interference places them in the list of the smartest breeds. They are able to learnanew tricks quickly, have an excellent memory and produce a quick response when called. 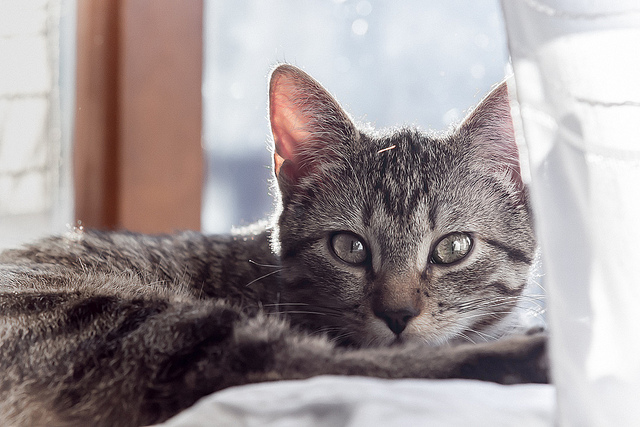 Stemming from their origin as a mixed breed, like diverse physical features, their personality varies significantly from one to another. While some cats are shy and timid, others are more active and outgoing. Some cats are highly intelligent and smart, whereas others can be silly. They may be playful or lazy, depending on their level of socialization and care they receive. Nevertheless, a well-socialized kitten is likely to become a wonderful companion in any household in the long run.

One more special thing about this breed is that they are fond of eating. Therefore, they can run high risks of being diagnosed with obesity. It is advisable that pet owners keep a close watch on their cat’s diet and weight.

This cat breed has long held notoriety for owning you instead of you owning them. They can develop a closely tight bond with owners who are known to be chosen by them. They can sense your mood with sympathetic expressions including purring, rubbing against you. Thus, you need to spend more time with them.

When it comes to the immune system, domestic black shorthair cats are free from intense disorders and diseases. However, they can expose diseased signs because you are not fully aware of their genetic history. Those popular illnesses often include chronic kidney diseases, cancer, etc.

Moreover, dental problems should also be taken into consideration, given that healthy teeth and gums help to enhance your furry friends’ general health. As a result, it is imperative that a cat toothbrush and toothpaste be used frequently. They are also posed to fewer dangers of suffering allergies due to allergen in the saliva than their long-haired counterparts.

Like other cats of the same breed, black domestic shorthair cats are ideal for both families with and without children in the sense that you need animals that are totally loyal to you but needn’t much attention. You can even prolong their longevity on the condition that proper maintenance and diet are given out.

Hopefully, all the information above can be of much help to you in deciding whether to raise a black cat of this breed or not. Whatever your decision is, always remember to treat your furry companion with the utmost respect and care. Thanks for reading!

My Cat Has Scabs On Her Neck? Reasons and Treatments

Is Turkey Bad For Dogs? Which Parts Of Turkey Are Safe? 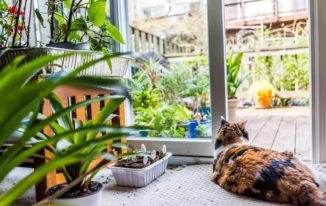 7 Plants to Keep Your Kitty Smiling And Healthy 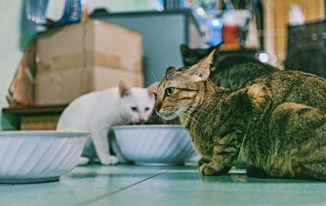 How to Deal with Mobility Problems in Cats 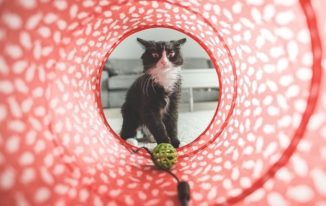