When Do German Shepherds Stop Growing?

Originated from Germany, the German Shepherd is one of the most popular dog breeds in the world. In fact, they are the second most common breed in America just behind Labrador Retriever. They never fail to enter the top list of AKC.

Since German Shepherds are so familiar to us through stories and movies, we think we know a lot about them. We know that they are incredibly brave, exceptionally intelligent, perfectly trainable and make wonderful companions to men. But there are many people still asking the seemingly basic question “When do German Shepherds stop growing?”.

We are here to not only answer the question but also elaborate on the different life stages of a typical German Shepherd.

This is for sure the very beginning period of a German Shepherd puppy. During the first 2 weeks, all puppies are deaf and blind. They have zero perception of the world around them. And they depend completely on the care of their mothers or specialized humans to survive and grow. Thus, German Shepherds in the neonatal phase are extremely vulnerable to any influences around them. 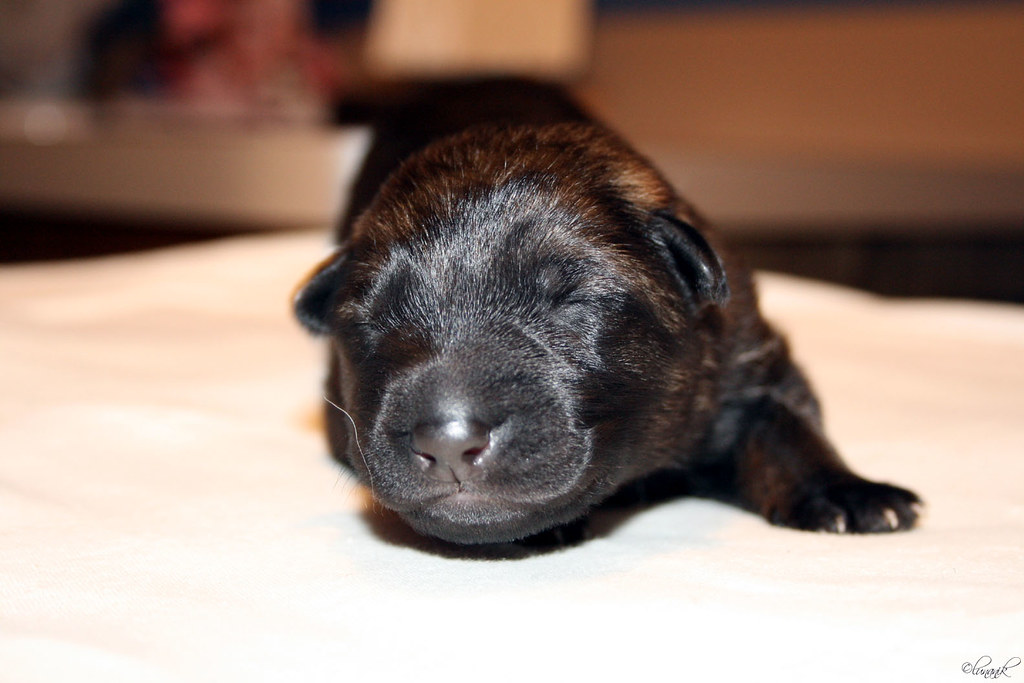 At this stage, they do move around. They would crawl slowly, trying to find their mothers with no help of vision. Therefore, those who raise German Shepherds at this stage must pay close attention to them lest they crawl out of the safe zone or suffer from health complications.

Although they do move a bit, they cannot play yet. They do not have any idea of their siblings or other things around them. These puppies only spend time sleeping and drinking milk.

This is the stage where those beautiful and bright eyes open for the first time. The eye-opening moment is usually very exciting for their human caretakers because it marks the beginning of their exploration of the world.

Along with the opened eyes, their ears begin to function as they should at this transition phase. Puppies in this period of life can hear sounds and chase the sounds though their hearing may not fully develop yet.

At this phase, they should be noticeably bigger as an indication of normal growth. The first milk teeth appear at this phase, which can make them quite agitated.

If during the first 2 weeks they only crawl, now they start to stand up and walk. Just like human babies, their first steps are funnily clumsy and wobbly. But it is a significant improvement in their life.

It's officially playing time! You will notice that your German Shepherd puppy becomes very playful and interactive with its siblings or objects in your house or you yourself. This is the phase where they get adorably curious about all the things around them. They would inspect every corner of the room and smell everything and everyone. The best words you can use to describe puppies at this stage are outgoing, curious, playful and adventurous.

Playing is crucial for proper psychological and physical development in every animal. It is through play that an animal learns about the real world around it and acquires basic yet decisive skills for survival. Therefore, human caretakers always encourage puppies to play as much as they can. And they should be given a chance to play with their siblings for real interaction.

This is also the stage where professionals observe and evaluate if their German Shepherds would be able to take the role of a guard dog, or a rescue dog or just a family dog.

Puppies’ teeth at this stage have not grown fully yet, but they have grown to be a full set. At around 8 weeks, they can be fed solid food. Human caretakers must choose the best food to make sure they get all the nutrients they need.

You can start using the term “dog” instead of “puppy” to refer to German Shepherds at this stage. There is a big change in their personalities when they reach this age.

They would become even more playful, adventurous and independent. German Shepherd dogs in this period would be straining at the leash to break free and run around, exploring stuff. But of course, their owners must be very careful when deciding to let them run free. One of the reasons is that they are still not mature enough to realize what is good and bad for them. They may run into troubles.

It is also at this stage that German Shepherd dogs display behavioral problems which need to be adjusted right away in order not to make a habit. So, proper training is important.

What interests their owners is the fact that their ears start to point upright at this phase. Their baby teeth would also be replaced with adult teeth about 4 months old. Last but not least, their puberty also begins.

If in the previous phase, the German Shepherds have only begun to hit puberty, they develop strongly in terms of sexual functions at this particular stage. In fact, this whole period is dedicated mainly to sexual development. 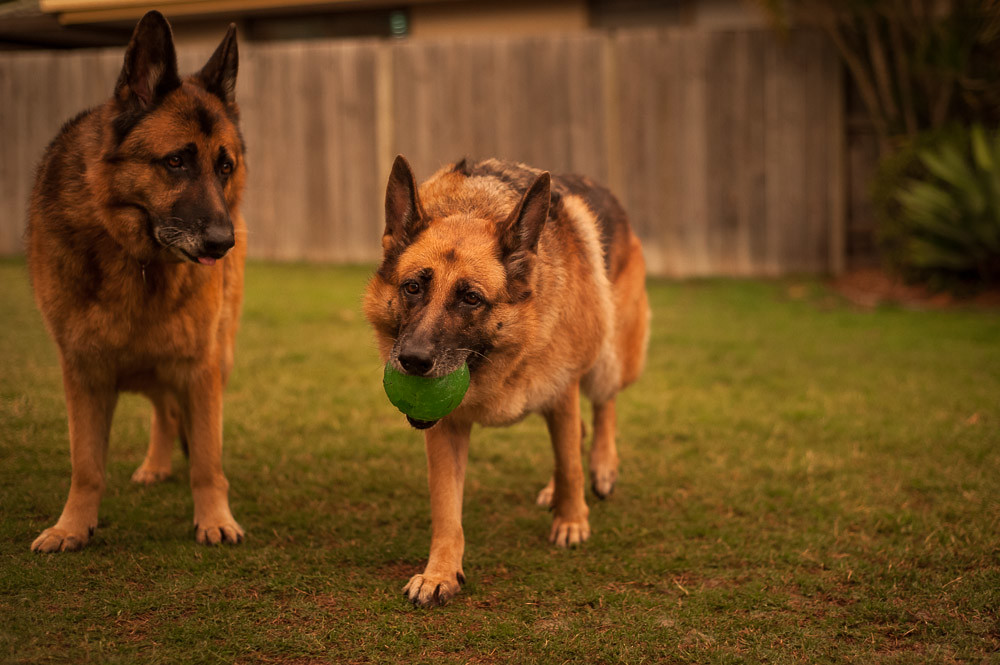 The significant changes in hormone levels prompt German Shepherd males to establish territories and show aggressive behaviors to other males. The males start to look for the right females at this stage. For the females, it is of course time for them to feel ready for sexual encounters with the males. And if you mess with the angry males in this period, you can earn yourself a nasty bite of fully grown and sharp adult teeth.

At this stage, the dogs have fully grown in terms of their body functions. They are more likely to show characteristics of a well-trained German Shepherd such as courage, obedience and intelligence at this life stage.

We hope you have not only found the answer you look for but also learned some more interesting facts about a German Shepherd’s growth process. So, next time when someone asks you “when do German Shepherds stop growing?”, you should be able to answer with clarity and even more information.

Feel free to contact us if you have any questions. Thank you for reading!

Why Does My Cat Meow So Much?